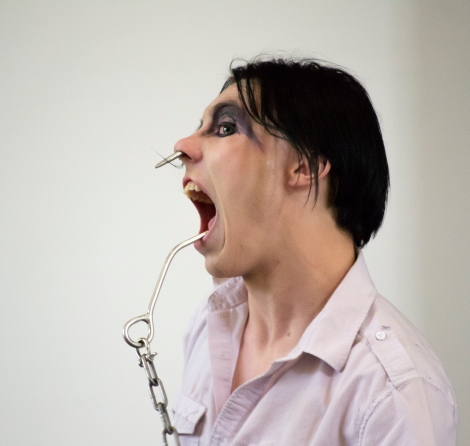 The Sexuality and Gender Acceptance Club’s drag show was cancelled this semester for the first time in the event’s six year history due to disorganization and lack of funding by the club.

They were unable to book certain drag performers and failed to pay the required fees in order for them to be considered a legitimate club by ASRCC nearing the date the drag show was supposed to occur. Aside from the drag show, SAGA does not put on any events nor do any known fundraising.

Instructor Amanda Brown, adviser to the SAGA club would not comment on the cancellation of the drag show.

“I think the cancelling of the RCC drag show will affect the visibility of the LGBTQ+ community on campus by not showing that they are there period,” said RCC student alumni and drag performer Anita Rose (Jaime Rodriguez).

Drag queen Anita Rose started her career in drag about seven and a half years ago. She was a part of RCC SAGA’s (Gender and Sexuality Awareness at the time) very first drag show as well as a member of the club, giving her a perspective that is informed and unique to RCC.

“Well I think it doesn’t give (RCC students) a platform to express themselves on,”RCC student Lesley Nunez said. “(Canceling) takes something away from them. Especially with drag being such a big thing in the LGBTQ+ community.”

SAGA is arguably the only club on campus that gives exposure to the LGBTQ+ students at RCC at all.

“So taking out the drag show, from what I’m seeing, (SAGA doesn’t) do anything (else) throughout the year,” said Rose. “This was (the) major way that people knew there were LGBTQ+ people on campus.”

Some RCC students would like to see other events outside of the drag show that represent RCC’s  LGBTQ+ students and allies.

“I think it’s a shame that the (drag show) is the only event (SAGA does) and the only club on campus that touches on something like that,” RCC student Lourdes Advila said.

The world of drag culture does lend itself to the LGBTQ+ community with it’s inclusivity but more importantly with its key feature, nonconformity.

Participants in years past have looked foward to the provocative and uncanny nature that the stage at a drag show in particular, allows and provides.

“I think drag culture is so special as it pertains to the students of RCC because it’s a whole new world (that) most of them have never heard about,” said Rose. “It’s a world that is inclusive to express yourself, your creativity or whatever you want to do with it.”

“It’s a freedom to give the world a middle finger and say ‘I’m going to dress like this (for whatever reason) and I’m going to do it my way and not care,’” Rose said. “And it’s that power and freedom that people love.”

Rose and other drag queens did not get to figuratively flip off the world on stage this semester. More importantly, they were unable to represent drag culture and the LGBTQ+ community as a whole on RCC campus.

“I think (canceling is) extremely messed up,” RCC student Hannah Hernandez said. It seems as if it was overlooked.

Rose expressed her understanding of the struggles of the SAGA club having been a member, but did not forgo mentioning her disappointment either. However, Rose did also share her hopes for SAGA and the drag show the club hosts.

“I get money is tight,” Rose said. I hosted that show for years! I think the club should do more fundraising throughout the year to bring in a bigger show. I’d like to see this group really get it together to pull off something big, even sell tickets to a drag show held at the theatre.”