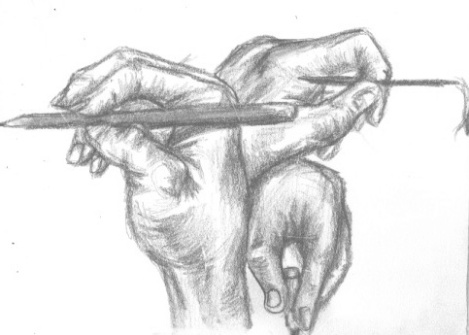 National Geographic made headlines this month after publicly acknowledging that its past coverage was “racist” and for decades failed to address people of color in the United States.

While it has become a common practice for news outlets to report about lack of diversity in various industries across the nation, it is rare for newsrooms to acknowledge that their own industry is not above this criticism.

A 2017 study put out by the Asian American Journalists’ Association’s Voices program found that some of the biggest newsrooms in the country are still failing to fulfill a nearly 50-year-old pledge to increase the employment of people of color in top masthead positions, despite repeated reviews and greater coverage of the issue.

The pledge referenced was made in 1978 by the American Society of News Editors in efforts to achieve a level of equality with the percentage of people of color in the general population by the year 2000.

However, after that deadline was blown and a new one was set for 2025, data in the Voices report shows many American newsrooms are still nowhere close to achieving this goal.

The new deadline was also prompted by a survey conducted by the ASNE that showed that the share of people of color working in 661 news organizations was 16.55 percent in 2017, down slightly from 16.94 percent in 2016.

We, the Viewpoints Editorial Board, believe that newsrooms do a great disservice to the public by failing to build teams that truly reflect the world we are reporting on.

Our newsrooms need diversity, since the entire world is not made up of white, straight and upper class men.

The Viewpoints newsroom is dominantly led by a female editing team and some of the staff identifies as members of the LGBT community.

Including the current editor-in-chief, the previous five were people of color, and three of them were women.

Shortage in diversity starts with lack of accessibility.

Joining a newsroom staff should be inviting, open and transparent.

Everyone should be welcomed  regardless of ethnicity, race, disabilities, sexuality, religion or other identifying factors.

The complexity of the world demands variety in reporting.

Having diversity in a newsroom opens doors to different types of coverage that lead to communities that have a better understanding of each other.

One fault that Viewpoints can admit to is described in “American journalism and the politics of diversity” a scholarly journal by Rodney Benson.

The article explains that the “diversity journalism movement has focused on two primary goals: increased employment of non-white journalists and more news attention to ‘communities of color.’”

Due to the fact that RCC is a largely Black and Hispanic serving institution, the Viewpoints staff is  diverse, and has plenty of access and an overwhelming duty to give communities of color the coverage they deserve.

“While these goals have been partially achieved, the movement has paradoxically also contributed – by providing ‘progressive’ political cover, actually reducing the diversity of ideological perspectives in the news,” Benson said.

We do not have student journalists on our editorial staff that openly express conservative thoughts.

We would love to have a wider range of ideological perspectives, but consequently our recruitment does not reach them.

We cover topics that highlight LGBT and thriving people of color.

Our immigration coverage is always in support of the immigrants that built the foundation of this country.

To some, this progressive newsroom needs to learn to leave bias behind.

Removing this perspective would take the power that we give to our diverse readers away.

People deserve to know the good that their communities are creating.

People deserve to know when their livelihood may be at risk.

People deserve to know that journalists are just like them, people serving the community, covering real life and paving way for the future.