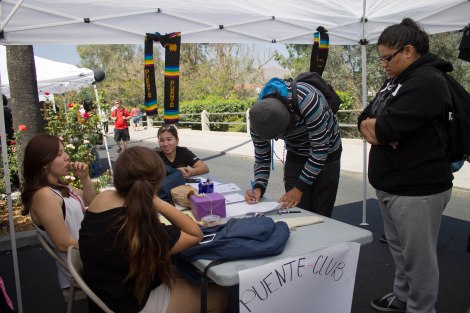 The club booths started from the RCC Quad and it reached as far as the Martin Luther King building.

All of Terracina Drive was filled with clubs and vendors advertising their booths. The event that takes place every semester during the beginning of the new school semester.

Club Rush gives many of the clubs on campus, such as the Photo Club, Art Club, Alpha Gamma Sigma, International Club and Well Christian Club, a chance to promote their clubs activities and recruit new members.

Any students from the Riverside Community College District are welcome to join any club at RCC.

Any student is welcome to start a new club as long as there is at least five members and an advisor, who is a full-time staff member at RCC, to begin the process.