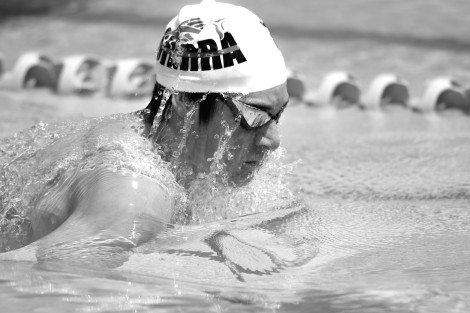 The Riverside City College men’s and women’s swimming and diving teams competed in the Orange Empire Conference Championship at Saddleback College from April 18-20.

The men’s team won the meet with 957 points. This was the first time in 20 years that the men’s team has won the OEC Championship since placing  second at the 2014 championship.

The women’s team finished second in the OEC Championship with 729 points, just behind Orange Coast College who won the meet with 816 points. They began the season by winning their first six competitions.

Head coach Jason Northcott was named the conference’s Coach of the Year at the conclusion of the meet. Northcott is in his sixth year as head coach for the men’s swimming and diving program as well as the water polo team.

The Tigers cap off a perfect season, winning all seven of the meets they have competed in and swept all three conference meets.

Leading the way were freshman duo Erick Fathoni and Zack Thelwell with a team high of 60 points each. They won all three events that they competed in.

They were both named Co-Swimmers of the Meet due to their outstanding performances at the championship.

For the women’s team, freshman Hannah Beth Cain won the women’s 200 backstroke and had a team high 50 points. She finished in the top five in the three events she was in.

A strong performance by freshman Amelia Bennett helped the Tigers achieve their second place finish, she placed second in the 500 freestyle and in the 200 butterfly races.

Up next for the men’s and women’s swimming and diving team’s is their last meet of the season for the California Community College Athletic Association State Championships on May 2 and will conclude May 4 at a venue that has yet to be determined.