Correction, in the Nov. 28 print edition of Campus Conversations there was a misprint with the wrong question. This article contains the correct version. 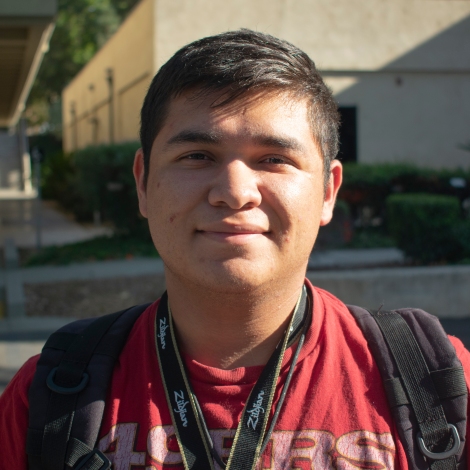 “If the IRS can come to anyone and ask, ‘hey! I want your tax forms’ or to keep track of it to begin with. They have a say in receiving that information then there’s no excuse that the president would not have to do that just because he is the president.”

“Presidents have always released their taxes and I guess if they pass a bill then it wouldn’t be exactly wrong to do it. Since people (candidates) have done this for years, decades even. I have to release my tax information for schools and whatnot, so it’s a requirement for me. Why shouldn’t it be a requirement to be in office?”

“Yes, because it’s just sorta fair. I know that presidents are on a certain hierarchy, but it would be for us to be able to see what’s going on.”

“No, for privacy reasons. It is no one’s business what you do with your money.”