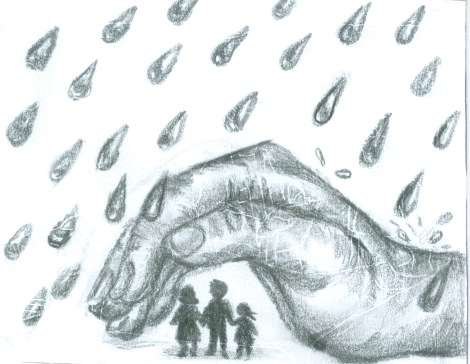 It is a basic human need to feel safe. California Senate Bill 54 that dubs California a sanctuary state is a bill that gives immigrants a blanket of safety while living in our state.

According to The Mercury News, Beaumont was the only city in Riverside county that was in opposition of Sacremento’s decision to make California a sanctuary state. Recently on April 23 Yucaipa voted 4-1 to follow Beaumont in taking initiative to back President Donald Trump and his anti-immigrant sentiments.

There are now two identified cities that do not offer its occupants nor people passing through the city the same level of protection that the rest of our county and most of our state has vowed to offer.

Astudy released by the University of California, Riverside “State of Immigrants of the Inland Empire” states that “One in five residents in the Inland Empire is an immigrant. Migration has been a central feature of the region for centuries, and there are now nearly 1 million immigrants living in Riverside and San Bernardino counties.”

That is a large population of our area, and those people live, therefore they deserve to the right to public safety.

Sanctuary cities are important to the Viewpoints’ editorial staff because many of us are thriving Americans that inevitably come from immigrant families. We want to know that our loved ones and all people, alike feel comfortable enough to simply live.

In places like Beaumont and Yucaipa immigrants won’t be able to do all of the small things in life that most people take for granted like driving to the grocery store, or taking their car to get fixed without being threatened with deportation.

We note simple tasks like this because that is when people are often pulled over for small infractions.

The argument of those that oppose the bill is that there are immigrants that have entered the country illegally so they should be arrested purely on that basis.

SB-54 prohibits state and local law enforcement from asking anyone about their immigration status and from sharing any information with federal immigration.

If someone is stopped because of a petty crime like jaywalking, illegal food vending or owning chicken, their immigration status should not matter. These people have families to get home to, and they most likely have the means and surely the will to pay a ticket fine.

Riverside has become increasingly progressive over the past few years. As young people that have grown up in and around Riverside, we take pride in knowing that people have more protection to live freely and safely.

With most of nearby Orange County also opposing SB-54 , Riverside County should band together to ensure the protection of so many of its occupants is county-wide. According to UCR’s study, “this region has been shaped, in part, by the distinctive histories of Native American peoples, Spanish, Mexican, and American inhabitants, as well as transnational migrants and immigrants. And still, the region’s story is wholly American.”

Not protecting the privacy of these people keeps them from living the American dream, and pursuing a better life over all.

To Viewpoints, this is a step in ending law enforcement’s strategic racial profiling surrounding immigration.

Just because someone is Black or Latino does not mean they are illegal immigrants or that they deserve to be harrassed when their status has nothing to do with the situation.

California is a sanctuary state and it is up to the people to uphold that status. The only way to secure the safety of immigrants across the state is to hold individual cities and counties accountable. People must fight for the protection of immigrants and be heard at local town hall meetings.